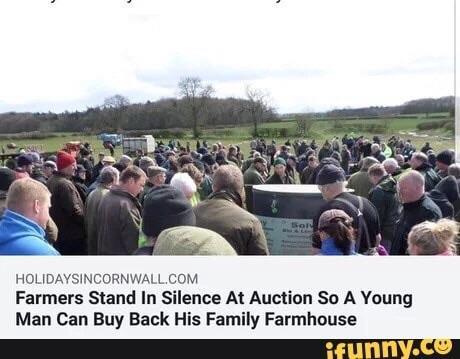 This reminds me of the “penny auctions” of the Great Depression.

I’m reblogging this again, because I forgot to mention;

Grandpa was 6′ 3″. Great grandpa was an inch shorter. Both were big old farm boys, who could heft an eighty pound hay bale in each hand and toss them up on the hay wagon.

Grandma told me a few times about how they went around with some of their buddies to ‘explain things’ to mortgage holders during the Depression, and how the farmers would all get together for coffee and settle among everyone in the township how no one was going to bid on the Miller auction but the Millers, and oh, if everyone could chip in fifty cents or so to loan the Millers to buy their land and equipment back at the auction, that’d be the Right Thing To Do.

This is still a point of pride for many farming families around here, decades later.